You can order PROCAD software with two options: Standalone or Network licenses. Software licensing is managed by our RLM Reprise® system allowing companies to acquire PROCAD on Monthly, 1-year, or 3-year license terms.

Standalone licenses are installed on a single workstation and are tied to its hardware identification. The software will run on that computer regardless of whether it’s connected to the company network or not.

Standalone license cannot be moved or shared with other users. This license is most suitable for mobile computers or single user workstation setup.

Standalone licenses are also referred to as Node Locked Licenses.

PROCAD’s License Manager which is installed on the server monitors the license usage by allowing users to start a PROCAD session as long their number doesn’t exceed the number of licenses acquired.

Network licensing simplifies software asset management since licenses reside on a single server instead of on each individual workstation.

It is also the most cost-effective way to maximize software utilization by allowing all users in the company to have access to PROCAD applications.

All users of PROCAD’s network licenses must be connected to the company network and have access to the server where the License Manager is installed.

Network licenses are also referred to as Concurrent Licenses.

Sign up for PROCAD and get started today!
Buy Now
Demos and Tutorials
Free Trial 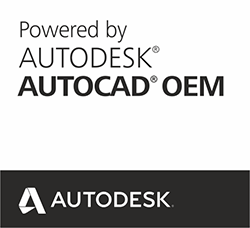 With the right PROCAD solution, you’re ready to tackle any project — and it’s so affordable starting at $1 a day!

All PROCAD software applications come with built-in AUTOCAD® OEM providing you with exceptional CAD functionality. Your drawing files are also saved in DWG™ file format making it easy to share designs with your customers, suppliers, and other project stakeholders.

The built-in AUTOCAD OEM cannot be customized or used to run other third-party add-on applications.